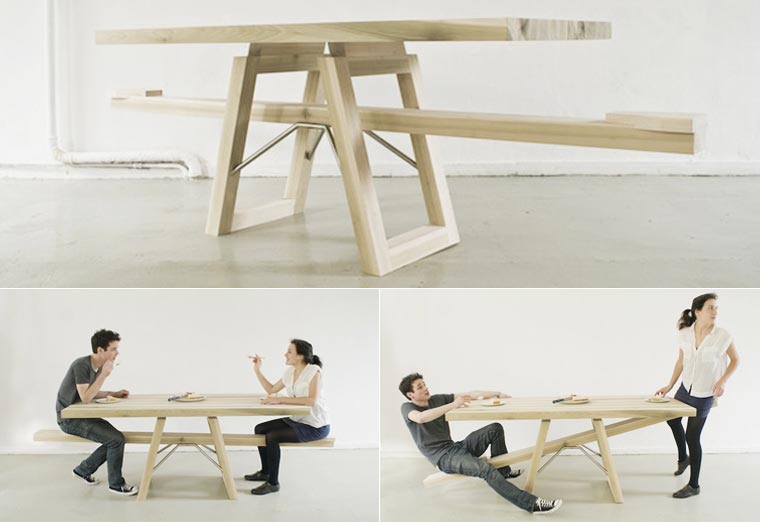 With our lives becoming more technology and less people orientated, it is easier to get lost in the screen of your smartphone than talk to the person you are having dinner with! So Dutch designer Marleen Jansen has created the Courtesytable which is built like a see-saw, forcing you to focus on the person you are dining with!

Made with wood and styled to look similar to a regular picnic table, the Courtesytable users sit opposite each other at each ends of the length of the table. They sit on what is actually a see-saw made out of a long plank and like a see-saw, if you stand up suddenly, your partner will fall straight onto the floor.

The designer Marleen Jansen says that when using this table, people are being voluntarily forced to concentrate on what is happening at the table itself, rather than stand up and eat while moving around. It also means that people are less likely to engage with our virtual and social media world via technological devices.

Maybe not the best for a dinner party but an interesting concept. Here’s a product we think is more useful!

Get Your Home Interior Looking Good

How To Choose The Right Rug